The diocese of Idukki was erected by His Holiness Pope John Paul II bifurcating the diocese of Kothamangalam. The bull of creation Maturescens Catholica Fides was promulgated on 19-12-2002, the declaration was on 15-01-2003 and the Eparchy was inaugurated on 02-03-2003. The eparchy is dedicated to MAR SLIBHA. 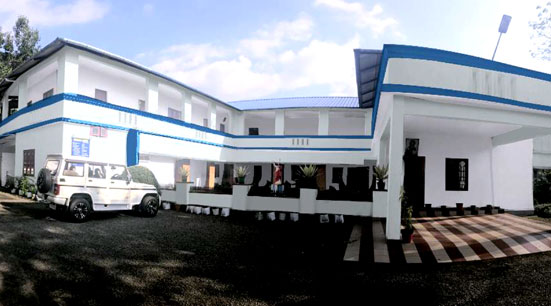 History of Christhu Jyothi, Down the Years
The Catechism Centre of Idukki Diocese named Christhu Jyothi was established at Karimban on 18 June, 2003 Rev.Fr.Thomas Nechukattu was appointed as the first director. Logos Quiz and Sunday school competitive examinations for class iv,vii,x were started under the aegis of Christhu Jyothi in the same year. In 2004 the Sunday Schools of the diocese were brought under five regions namely Adimali,Idukki,Erattayar,Nedumkandom and Rajakkadu and best Sunday school award was given region wise. Sunday school teachers who had completed 10,15,20,25 and 30 years of service were given award of recognition.
Bible Quiz Competition was initiated for Sunday school teachers who had been teaching since 2005. In May 2006 Rev. Fr. Thomas Nechukkattu was transferred and Rev. Fr. Jose Palakeel was appointed as director of Christhu Jyothi. In the following year Rev. Fr. Jose Palakeel was transferred charge of director in February 2007. On May 2007 Rev. Fr. John Nellikunnel was appointed director. During the year in the month of September and October of the same year Essay writing competition and regional convention were conducted for teachers of the diocese. A vacation catechism class for students named `SUVISESHOLSAVAM` was held from 1 to 6 April 2008. It was a milestone in Sunday school teaching. Sunday school PTA was started in the same year. The issuing of progress reports to students was also commenced in the same year.
As per the direction of Rev. Fr. John Nellikunnel, a Layman and a Rev. Sister from among the Sunday school teachers were appointed as `SUVISESHOLSAV ANIMATORS`. A book titled `VISWASA PARISHELANA NIBANDHANAKAL` was published in the same year. The system of awarding internal marks along with the two term marks (25+25) was commenced in 2009. A hand book named `VISWASA PARISEELANATHIL KUTTIKALKKU ORU SAHAYI` which included general knowledge awareness about the church was published in 2009. A second issue of the book titled `MARGADEEPAM` was released in 2010. An animation team comprising Sunday school head masters was formed for school visit with the objective of knowing about and familiarizing with the conduct of the Sunday Schools. Having provided valuable and commendable contribution to Sunday school activities thereby leading the diocese on the path of spiritual growth, Rev. Fr. John Nellikunnel proceeded to Major Seminary at Aluva as a professor in the year 2010 and Rev Fr.Jiji Vadakkel took up the directorship of Christujyothi. A work book for the text books of classes I to X published by `SANDESANILAYAM`, Changanassery was introduced in the diocese in 2011 and it has been in use since then.
A study forum for teachers based on the topics from the magazine `THALENT` was started in June 2011. Online registration for LOGOS QUIZ was commenced in the same year. Teachers of classes V and VI were given training using the teaching materials kit made by `SANDESANILAYAM` and each teacher was given a kit. Special coaching programmes to identify the talented students under the scheme named `SMCC +2`. SMCC scholarship examinations for the students of classes VII to X were held.A special training programme named `SAHYA JYOTHI +2 meet` was introduced. Using the teaching materials kit, the teachers of VII to X classes were given training in July 2012. The teaching kits were distributed among the teachers `MARGA JYOTHI`, a training programme for the parents of Sunday school students was conducted in September 2013. A book review competition was organized for Sunday school teachers and prizes were awarded to the winners in October 2013. In February 2014, a programme named Blessing Ceremony was initiated for +2 students. An essay writing competition was held for the teachers in the same year. PTA meeting titled `AABA MEET` was conducted of the parents. For the grading of Sunday schools began in the diocese. `CHAVARUL` of Chavara achan was made in to a booklet and distributed among the Sunday school students free of cost. A leaflet named `VISWASA PARISEELANAM SAMGRAHAMAKAN` was distributed in all the schools. The catechism teachers were provided with the opportunity of participating in the retreat conducted at Marian Retreat Centre, Anakkara from 25 to 30 April 2015. SMCC `PRATHIBHA MEET` of class VII was conducted at forane, diocesan and state level. `KUDUMBA JYOTHI MEET` was conducted for PTA members in during September, October and November 2015. With the aim of systematizing the spiritual and material development of Sunday school students. `VIJAYA JYOTHI` cards were distributed among the students in two consecutive years. A programme titled `NAZARETH DAY` under which all the Sunday school students together with their parents pray and share at the same time on the same day was organized. A special leaflet was printed and distributed to all families in this regard. A programme lasting 6 years named `YES`(Yield Everything in Spirit) was started with an aim to mould a group of value conscious action oriented young leaders in collaboration with other organization of the diocese. A highly talented boy and girl student from class VII from each parish ofthe diocese are selected are given special training in camps.
After 9 years of comment able service Rev. Fr. Sebastian Vadakkel got transferred and Rev Fr. James Makkiyil was appointed as the new Director in 2019. 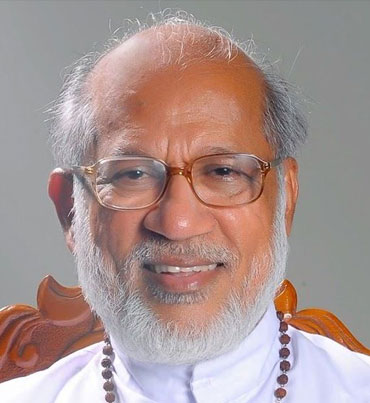 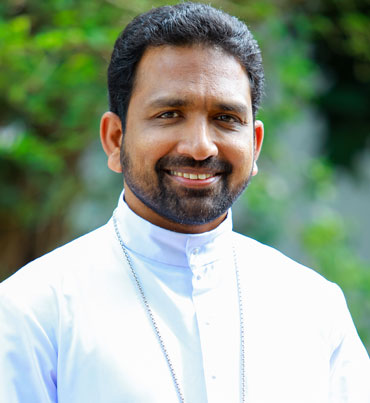 The catechetical heritage of the Syro-Malabar Church seems to be as old as this Church itself. But the scarcity of historical data poses a great problem with regard to the method of catechesis among the St. Thomas Christians in ancient times. We can proudly say that we the St. Thomas Christians have been enthusiastic to preserve and proclaim our unique faith tradition through the generations. For centuries we nourished the custom of keeping our faith and liturgical practices with us, wherever we go. The Greek word catechesis means `instruction by word of mouth`. According to the Catechism of the Catholic Church "Catechesis is an `education in the faith` of Children, young people and adults which includes especially the teaching of Christian doctrine imparted, generally speaking, in an organic and systematic way, with a view of initiating the hearers into the fullness of Christianlife" (CCC, prologue # 5). The catechetical formation is the formation of a Christian in the mystery of Christ and in the ensuing mysteries of the church. Catechism classes provide a platform of Faith Formation, value education, worship and service to create leadership qualities among the children in our diocese. Praying parents are the first agents of faith formation. Family has the primary responsibility in the formation and transformation of faith. Parents, by word and example are the first heralds of the faith with regard to the children. When asked to a Catechism student - What you have learnt so far ? Is it something valuable? The answers won`t be very simple. Twelve years of Catechism classes` should form a student to raise his voice and strongly declare to the public that I`M A FOLLOWER OF CHRIST. Our children should be able to bearwitness to Christ in the world by their good words and deeds. Let us all give more importance to the faith formation of our children in all ways possible.